Just started working on another book trailer for ''Here be Monsters'', a collection of short fiction by Canadian writers based out of Montreal, Quebec. Meant to show off the weird and wonderful in genre
fiction.
Tongues and Teeth is the title for issue 7. The book launch is on October 5, in Montreal at Kafein. 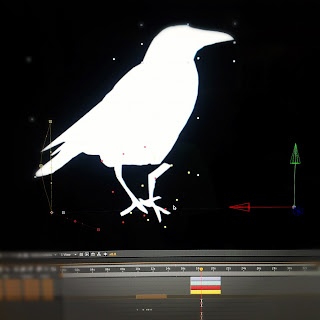 Détective Animé@ Music for a LARP

Part 2 of the video projection is taking form! Getting ready for the first meeting with my music composer , Julie Verfaillie. 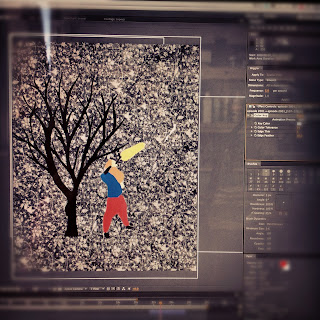 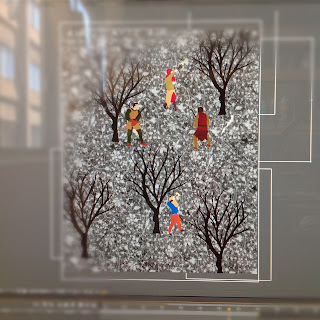 
The smaller a subject, the more you need to squeeze and squash in order to observe it.  The small size tickles your imagination. Small is mysterious and mystery is beautiful!

BTW I have used this picture not beacause these stairs are parts of a project at Détective Animé but because of  Jean-Christophe's hands that are embracing them. He has already made and designed sets for my last three film projects. His precise representation of the reality around him has helped me to look at things in a new way. It gives me more enthusiasm to observe and animate. 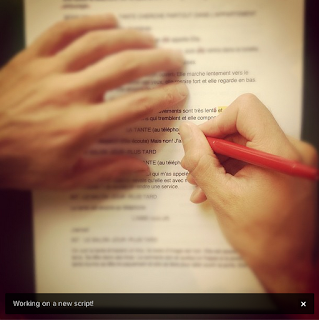 My parents are always busy with their work. As a child I used to feel the difference between my family and those of my classmates. One day,27 years ago,  when I was supposed to spend a day long with my aunt, I decided to change the routine and take some more space, as I believed I deserved!

I'm working on a script based on this story.

LARP (live action role-playing game) is the subject of study for the second episode of a video I'm working on, inspired by a persian miniature painting and based on a scene I have seen on the mountain of Montréal.
It all happened a summer day, three years ago. As I was walking in the park I noticed a group f people dressed-up in medieval style. They were imitating an imaginary fight with swords, fire and a winner at the end.

Right beside these role-players were people playing percussion instruments and dancing in a big group (check out Détective animé @ visual test 1 ).

Walking on the main mountaint of the city among the dancers and the role-players that day reminded me of a few persian miniature paintings about dance and battle. It was as if I went back in time to 1524.
That's where I gave life to an idea of a series of video! 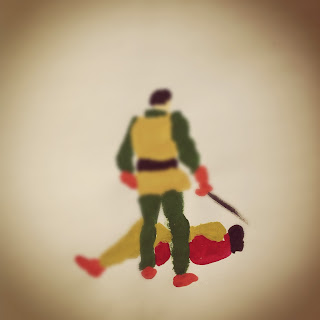